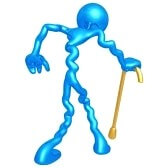 A truck driver has been accused of killing a woman on the South Eastern Freeway and will face the charges in court. The driver is believed to have been driving dangerously and inattentively which led to the death of Linda Carter. Carter was waiting in her car in the emergency lane because of a flat tyre, when a semi-trailer hit her rear.

The car was propelled 140 metres away and the woman received fatal head injuries.

The driver of the truck, Errol Cain reportedly did not realize he had struck the vehicle until he had exited his truck.Prosecutor Peter Longson alleges that Cain was significantly fatigued which resulted in him being inattentive.  This is the second time the jury has heard this case.

Defense attorney Joana Fuller said a key issue was whether Cain reasonably believed he could safely operate a vehicle.The jury traveled to Adelaide hills to view the scene of the accident.

The investigation and trial continues. Currently, there has been no mention of Cain’s employer suffering any consequences in the event he was fatigued due to a negligent safety and fatigue standards.