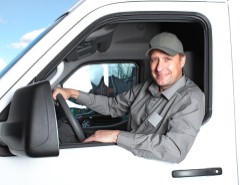 Fatigue management is an important part of safely driving a truck.

The health and safety of Australian truck drivers is in the spotlight this week, as WorkSafe WA issues a warning about the correct use of sleeper cabs during long distance journeys.

According to the Western Australia Department of Commerce, WorkSafe WA is currently investigating problems with the use of truck sleeper cabs as a form of fatigue management.

Sleeper cabs are small sleeping quarters that drivers use to rest in while on the road. They are often employed during urgent “hot shot” services, in which two drivers work in shifts in order keep urgent freight moving around the clock.

WorkSafe Director Joe Attard has urged truck drivers to ensure that anyone sleeping on board a moving vehicle remains securely restrained at all times in a legitimate sleeping cab.

“Inspectors have found instances of trucks without sleeper cabs where the second driver is resting or sleeping on the vehicle’s parcel shelf or sleeping in a swag on the tilt tray of the vehicle, which is far from a satisfactory arrangement,” said Mr Attard.

The comfort of drivers sleeping while on the road is also important, says Mr Attard, as drivers need to ensure they get enough quality rest to avoid fatigue and safely operate their vehicles.

The WA Office of Road Safety says that fatigue is a “silent killer” on WA roads, potentially contributing to nearly a third of all road deaths in the state. The Office notes that driving after a period of 20 to 25 hours without sleep equates to driving with a blood alcohol concentration of 0.10 – twice the legal limit.

“Even when there is a single driver resting while the truck is stationary, it is important that the sleeping berth complies with design rules so the driver is properly rested and does not have consequent issues with fatigue,” said Mr Attard.

More information on appropriate workplace conditions for truck drivers can be found in the WA Commission for Occupational Safety and Health’s new Code of Practice on Fatigue Management for Commercial Vehicle Drivers.