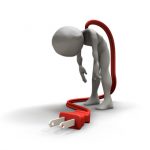 A WA transport company was subject to a $9000 fine  for nine charges pertaining to their  failure in ensuring drivers were on the road between the prescribed hours in order to combat fatigue.

Eight of the charges leveled against Taramore Pty Ltd,  were for breaching regulations set out by Occupational Safety and Health Regulations 1996. These set of regulations states that responsibility is  on employers to effectively manage fatigue and assist drivers by having  efficient systems implemented.

Without a proper system, drivers often exceed the amount of the work time allowed without resting after up to seven consecutive hours.

The last charge placed upon Taramore was for allowing a driver who was not certified fit by a medical practitioner.

The case  was heard in the Magistrates Court of Western Australia on 17 August. In addition to paying the $9000 in fines the company  is now also responsible for paying $11,000 in costs.

According to reports, the company did not set up trip schedules and left it to drivers to regulate their own trips. Drivers were expected to record trip sheets and return the paperwork to the company at the end of each shift. The trip sheet indicated that the drivers exceeded the permitted amount of work time as set out by regulations.

WorkSafe Commissioner Lex McCulloch said driver fatigue is a serious risk to the safety of long haul drivers and to the public.

“The importance of the management of fatigue is well known and recognised as a serious risk by the industry. There are real dangers when fatigued transport workers drive and it is disappointing when there are cases like this,” McCulloch said.