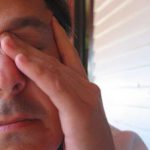 Rural firefighters are  suffering from fatigue and dehydration as they operate  rakehoes and chainsaws to control southeast Queensland’s wave of grass and bush fires.

Volunteers are consuming approximately a litre of water every hour in order to keep up pace and creating fire breaks during 12-14 hour shifts.

First responders were replaced by “strike teams” of fire fighters from Stanthorpe and the Sunshine Coast.

Rural Fire Brigade Association president Mike Garrahy predicted some time ago that this would be one of the worst fire seasons in many years. Thus far, his assertions have been all but prophetic.

Residents and Firefighters alike, have been grateful that the temperature has not risen and it hasn’t been drier — however it would be several additional days until the fires are controlled. According to rural operations regional director Peter Varley, the Queensland Fire and Rescue Service is monitoring the level of fatigue and will be replacing crews when fatigue begins to pose a problem.

“We have a fatigue management plan, but we have a limited amount of volunteers, they do a marvellous job. It’s something that we keep in mind all the time, that we have to keep changing those crews over.”

Mr Garrahy indicated that guidelines were implemented that ordered firefighters to return home for rest after two and half shifts .