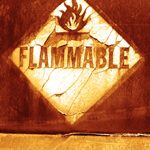 A subsidiary of Air New Zealand  has been fined $56,000 following an explosion at Adelaide Airport that left an engineer with serious injuries.  The engineer, Mark Meehan sustained a broken arm, burns and abrasions to his hands and face in the March explosion. At the time of the explosion, Meehan had been repairing the wing of an aircraft on the TAE Aviation grounds.

SafeWork SA investigated the explosion and recovered remnants of fuel or vapours within a fuel tank in the wing which were ignited by a spark from a tool Meehan was using.  TAE pleaded guilty in the Industrial Court for breaching Occupational Health and Safety laws, by failing to educate Meehan on the potential risk of explosion.

The company was subsequently convicted,fined and ordered to improve its safety procedures.

Meehan has since returned to active work duties.