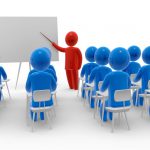 A Darwin business was held accountable for the gas explosion death that killed a young Irish tradesman.
Twenty-four year old Paddy Bird died instantly when his work vehicle suddenly exploded on the driveway of his home in December 2011.

The refrigeration mechanic had pressurised flammable gas cylinders stored in his van the explosion.

Berrimah-based Damday Pty Ltd has been charged for the incident which resulted in his untimely death.

The charge fell under the provisions of the WHS Act that was applicable at the time of the accident.

The charge has been laid under provisions of the Workplace Health and Safety Act that was in force at the time of the accident.

The previous legislation has since been repealed and replaced with new legislation.

The matter is stands before courts until next month.