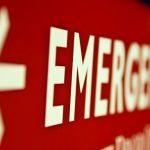 A hotel in Adelaide was subject to a $90,000 fine as a result of an incident two years ago that left a female cook with burns on half her body.

The owners of the Royal Coach Motor Inn at Kent Town pleaded guilty for failing to provide and maintain a safe working environment for its employees.

The part-time cook was transferring methylated spirits from a 25-litre container to a smaller container when some of it spilled. The liquid was subsequently ignited by a pilot light on a gas water heater close to where the spirits were kept.

The middle-aged woman suffered serious and deep burns to approximately half her body. The cook will be permanently scarred as a result of her severe burns.

Industrial Magistrate Stephen Lieschke discovered that the worker had no formal training in the proper handling of methylated spirits and the hotel management had thus displayed “hopelessly inadequate consideration” to the potential dangers.  Lieschke added that the resulting risk of injury was predictable and could have been easily eliminated.  The Magistrate subsequently decided to fine the company $90,000  (after it was reduced by 25 percent due to guilty plea) for their inadequate consideration for safety.