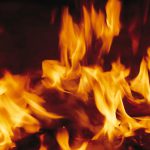 Approximately 100 staff members have been granted permission to return to businesses in South Brisbane, after a suspected gas leave lead to their evacuation.

Emergency services were informed of a gas leak from a building in South Brisbane early in the morning. Businesses in the surrounding area were all subsequently evacuated for their safety.

The police have since released a statement notifying all motorists and pedestrians that streets closed due to the gas leak have since been reopened.

The leak was reportedly caused by a ruptured gas pipe. The fire safety risk forced the closure of Grey Street between Glenelg and Melbourne streets.

Police were on the scene shortly after reports surfaced. They directed pedestrians and motorists from the area to a safe vicinity.