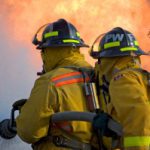 The Fire brigade will launch a social media campaign and mobile phone app that aims to educate international students about Fire Safety. The Metropolitan Fire Brigade conducted focus groups with foreign students to gain insight into the optimum ways of reaching them via online networks.

Tentative plans are to launch the campaign next year.

MFB station officer of the Community Education Department, John Hale, stated that many international students live in crowded, dangerous conditions with no smoke alarms and a variety of other fire hazards. The focus groups revealed that many students were afraid to object to the conditions because they were fearful for their student visas. ‘They just don’t want to make a fuss,’’ Hale said.

The MFB plans to release videos and written safety information releases in a variety of languages for students prior to leaving their home country. According to another officer, Rod East, on a weekly basisup to two incidents are attended to at rooming houses, often with international students. East claims to have seen up to 19 students living in one house and he does not think this is uncommon for rooming houses.Recently, fire crews attended to a fire at Reservoir garage that which had been renovated into student housing.  The garage was found to not have been properly equipped with smoke alarms and had an overloaded electrical system which potentially caused the fire.

‘‘That actually had three rooms in it. It was only a tin garage that had lining on it,’’  East said.

All the students had reportedly fled the site before fire crews arrived.  East said ‘‘If you don’t get to them early enough you’ll never see them again.’’

East stressed that students should be aware that they deserve   safe accommodation,he added,  ‘‘They don’t have to live like this.’’

Council of International Students Australia national president Aleem Nizari recently discussed his experiences with overcrowding in rooming houses. He witnessed one instance where  16 students were living in a three-bedroom house. He had even witnessed a case inwhich a wardrobe was offered as a bedroom to a student.