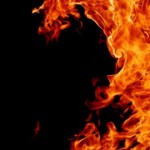 WorkCover is currently investigating an explosion at an industrial complex in St.Marys that left a worker with shrapnel wounds to his body and head. Emergency services were called to the Samos Polymer polyurethane-resin plant off Links Road shortly early in the morning on Wednesday, following reports of an explosion.

The middle aged man was working close to a bulky container that contained a flammable liquid. He received wounds to his head,arms, and chest. A spokesperson for NSW Ambulance Service stated that the injured man was taken to Westmead Hospital and is currently in serious but stable condition.

Dunheved Fire and Rescue station commander Garry Mitchell said firefighters from his station and St.Mary were alerted to the site. They found that a large plastic container of a flammable liquid used to make polyurethane had ignited and blow up causing pieces of the container and its metal housing to scatter. Mitchelle alleged that workers were changing out a liquid container that could have possibly still had vapour residue inside, which caused it to ignite.

North St.Marys residents reported hearing the explosion.  WorkCover is currently investigating the exact cause of the incident and is determining if all OHS safety regulations were abided by.