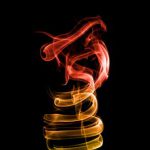 A fire at a building under construction in Melbourne sent toxic smoke dispersing across town.

The fire occurred on the two highest levels of the seven story building. Approximately seven fire crews were needed to help extinguish the fire. The fire is believed to have burned through polystyrene materials.

The fire allegedly ignited as a result of sparks from a welder which came in contact with electrical wiring of an office tower.Luckily, the 40 firefighters eventually got the fire under control without any serious injuries.

Fire Brigade Commander Lou Mele stated that workers had to use extinguishers for the Fire Safety incident since water to the site was shut off.A workman is being treated for smoke inhalation.