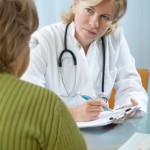 A study has shown that one-tenth of people regularly consume alcohol while on the ‘job’. This was the first study of drug and alcohol consumption in workplaces throughout Australia.  According to Ken Pidd, deputy director of the National Centre for Education and Training on Addiction, numerous individuals believe that consuming alcohol at their workplace would not impede on their fitness for duty.

Pidd’s study was conducted on nearly 1000 workers, with the aforementioned percentage of people claiming to regularly consume alcohol on the job. 5.6 per cent of workers said they were ‘ under the influence’.

While Pidd is surprised at the figures he attributes the results to the number of workers who enjoy “after-work drinks” in office.

Despite this, Pidd stated that fatalities still occur to and from the office, which insurance still covers.

He said the study could  not differentiate between those that occasionally used alchol at work and those that usually did.
Source: http://www.theage.com.au/national/drinking-at-work-common-study-20111115-1nh9v.html#ixzz1dp6fsgWd