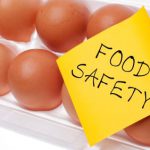 A food company was charged with a  $110,000 fine and ordered to pay WorkCover’s legal costs after a 19-year-old apprentice chef suffered serious burns at a CBD restaurant.

SG Foodservice will face charges for the September 2010 incident which resulted in an apprentice chef burning 60 per cent of his body.

The apprentice chef was carrying boiling stock in two 20 litre buckets between floors via the fire escape when he slipped and fell, dropping the buckets. SG Foodservice was charged with a breach of the Occupational Health & Safety Act 2000.

WorkCover began an investigation which has since revealed that

• It was common place in the business to transport boiling hot stock in buckets via the firestairs.
• Previously, other staff members had fallen while using the fire escape on at least two separate occasions.
• it was unclear  among staff over whether the nearby elevator was free to use for  staff or only for guests.
• After the incident SG Foodservice prohibited the use of the firestairs to transport hot stock, instead requiring that stock be transported via the lift.

The court found that the risk to the injured person was so foreseeable that an accident was bound to happen.

SG Foodservice pleaded guilty to the charge and was fined $110,000.

WorkCover NSW’s acting General Manager of Work Health and Safety Division Peter Dunphy said“Working in the hospitality industry involves a lot of manual handling, especially in commercial kitchens which can be dangerous if risks to health and safety are not made the top priority,” he said.

“WorkCover will work with the company to ensure that the same mistakes are not made in the future.”