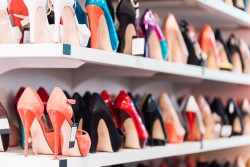 A footwear retailer has been fined after an employee was injured at a store.

An Australian footwear retailer has landed in hot water after its poor OHS practices resulted in an employee sustaining an injury.

SafeWork SA prosecuted the company under the Occupational Health, Safety and Welfare Act 1986 after it failed to “provide and maintain plant in a safe condition” or “a safe system of work”. The company was thus hit with a $33,000 fine and ordered to pay extra legal costs.

The incident itself occurred in May 2011, when a retail assistant was attempting to free up a jammed hoist that was used to move stock from the basement to the shop floor. In doing so, the employee slipped, hit her head on a rail and fell to the ground, hitting her head again.

She suffered back and shoulder injuries as a result of the accident.

Magistrate Michael Ardlie, who presided over the case, did however point out that the company was cooperative during investigations and took steps to safeguard against similar accidents in the future.

These included equipping the hoist with interlocked gates, preventing access from employees while in operation, and a new measure in place to stop employees from entering the hoist shaft.

Bryan Russell, executive director of SafeWork SA, said that businesses still had to do more to protect their employees from such preventable accidents.

“A major cause of workplace injuries in South Australia arise from the lack of adequate guarding that enables people to come into contact with moving parts,” he said in a November 6 statement.

“This case highlights that engineering controls preventing people coming into contact with moving parts, or substantially reducing the occurrence, are important work health and safety initiatives.”

He also stressed the importance of providing safe equipment, OHS training and clear procedures to workers.