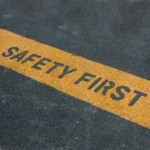 Workers sauntered off the job at 20 worksites throughout the southeast in an emotional response to a construction safety– death of a foreman this week.

Construction, Forestry, Mining and Energy Union workplace health and safety co-ordinator ,Andrew Ramsay stated that union members at several sites throughout the area have decided on a motion to walk off their jobs in disapproval of the construction-related death.

Walk-offs are due to be held at sites right through the state following the death of the 65-year-old foreman.

The well-respected foreman died when a piece of heavy machinery fell on him and killed him. The death was the 12th workplace related death at Queensland construction sites this year. Last year there were eight incidents. This is the second of two similar incidents this month.

Towards the end of September, a worker died after he was smacked in the head by a plunging beam while working at the Airport link project.

Mr Ramsay said workers’ determination to take a day off after a work-related death to present respect
for the deceased had been a merger practice for years but had happened rarely in recent memory.
The practice had been now been revived, because workers feel as if they have been pushed to their limits. They are fed up. Workers were allegedly very upset over the foreman’s death since he had worked with them for many years and had been very respected.

Mr. Ramsay said the foreman was going to retire this Christmas.

The incident continues to be investigated.