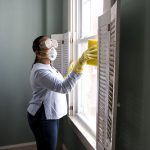 The Queensland government is putting more pressure into the fight against the often fatal substance, asbestos. They will put increase allotted funding in an effort to remove high-risk asbestos that exists throughout schools and public housing.

According to Public Works Minister Bruce Flegg, one Queenslander is diagnosed with a terminal case of mesothelioma (asbestos related disease) ever six days. This number is expected to rise through out the next decade.

Flegg  recently stated there are two million cubic metres of asbestos in public buildings, most of which is in the walls of schools and public housing, with 400 asbestos scares a year.

The extra funding is on top of the $26 annual budget for removal.

Dr Flegg said it’s particularly worrying that schools have the most cases of asbestos.

“Asbestos exposure in schools has been going on for a very long time and it is really frightening for parents because there is no way of telling (whether) your child … has inhaled asbestos fibres if the circumstances occur where they may become airborne,” he told reporters.

Dr Flegg would also work with local government to create more dump sites and a central register so people can easily identify a tip to go to instead of illegally dumping the lethal material.

QBuild staff, the government’s construction and building maintenance business, would also be upskilled to have Class B and Class A licences for asbestos removal, to curb the use of contractors.