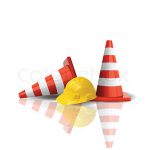 During a discussion regarding an major industry-wide investigation, Attorney-General Simon Corbell stated that an exorbitant number of companies are neglecting the safety of their employees on Canberra construction for increased profits.

Corbell announced the planned investigation following the fourth workplace death in Canberra since December.  Three of the past incidents took place within the civil and construction industry, while the fourth one involved a painter.

Corbell called for an close examination into why the civil and construction sector seems to have uninterested in complying with the government on workplace safety.

Most recently, Ben Catanzariti, a young Kingston Foreshore construction worker, was killed when struck by a 39 metre boom.

ACT Work Safety Commissioner Mark McCabe said that the site has remained closed but did not reveal an open date.

Corbell said an inquiry into the death would likely fall under Work Health and Safety laws and a thorough investigation is needed to gather all the evidence and testimonies.

McCabe is believed to be one of two panel members selected to conduct the inquiry. Corbell believes the investigation would call for submissions, union officials and OHS experts but not a public hearing. Instead it appears that only the report and recommendations will be revealed. The investigation is expected to take up to four months to complete.