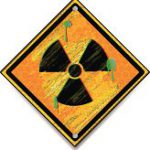 A Perth Veteran who participated in the  1958 atomic testing at the Montebello Islands is still tirelessly struggling to receive  compensation he is legally owed after willing a compo case in the federal courts.

Kenneth Whitby, 74 suffers from several ailments including an anxiety disorder,  following his exposure at the site.

Whitby’s case was undertaken by  WA Greens senator Scott Ludlum, who is confident that those who served in the Montebellos and two other atomic test sites should be subject to the  receiving  of the veterans’ Gold Card.

The card covers all medical costs, which is footed by the Government. Senator Ludlam recalled that many servicemen who had worked at  the sites, have since developed radiation-related disorders.

Whitby and hundreds of other veterans have been battling for recognition and compensation and accuse the Department of Veterans Affairs of dragging out their claims.

“What is the AAT there for,” Mr Whitby said.

“Remember that politician who fell off his bicycle near Parliament? They backdated his compensation.”

The DVA would not discuss Mr Whitby’s case when probed.