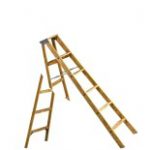 According to Royal Hobart Hospital staff, serious injuries resulting from falls seem to have risen by 20 per cent this year.

Neurosurgeon and member of the Royal Hobart Hospital trauma committee Pauline Waites, and Professor Richard Turner of the University of Tasmania School of medicine, stated that a growing number of serious or fatal injuries have been seen at the hospital recently.

Some injuries reported are a fatal brain haemorrhage,a spinal fracture, multiple spinal fractures and a depressed skull fracture.The hospital’s trauma meeting has revealed that they have dealt with a large number of accidents from people falling off roofs.

Though Tasmania does not keep a registry of trauma from falls, figures released by Ambulance Tasmania indicate that the number could be in excess of 5000.Workplace Standards general manager Roy Ormerod stated that the safety overseer has investigated over 200 falls in the workplace annually. Ormerod said that the definition of a fall was broad as it includes anything from a fall from a roof to a fall from the cab of a truck or even falling down one stair.

The watchdog’s priority is reportedly specific to falls from ladders, unstable scaffolding, and other high-risk work practices.

Ormerod said new tentative health and safety regulations will place greater responsibilities on employees to ensure that all risks attached to Working At Heights were minimised.