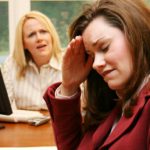 A worker for Coopers Brewery reportedly offered to pull down a female cleaner’s pants to spank her and also touched her inappropriately.

Jennifer Fiedler took her sexual harassment claim to the Federal Court against the company and the accused worker, Terry Allen.

Fiedler is  seeking $150,000 in damages over the alleged sexual assault. The incident in question allegedly occurred on the companies property on July,5 2010.  Fiedler was employed by Exact Cleaning Maintenance Services and was subsequently contracted to clean at the Coopers building.

Fiedler  claimed that she was performing her normal duties and entered a room looking for her mop and asked four men if they had seen her mop. Terry Allen  replied to her”No, pull down your pants and I’ll spank your bottom.” She refused his offer and Allen said

“I’ll pull them down and I’ll spank your bottom.”  When Fiedler again refused, Allen grabbed her breasts and made a groaning sound. Fiedler said the incident left her feeling “offended, humiliated, and intimidated”.

Coopers denied any liability for the incident on the basis that they took all reasonable steps to prevent Allen’s actions.