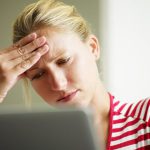 Equal Opportunity Commissioner Ann Burgess said that despite some women’s attempts to deal with the situation themselves, they have found it to be unsuccessful.

Burgess stated that if women continue to not report discrimination, the culture in workplaces will not change.

Redmon’s comments have met a divisive response. Women’s rights advocates have expressed concerns with her position while others have agreed.

SA Senator Penny Wong encouraged women to speak up against workplace discrimination and emphasised that “silence in the face of unfairness “ does not lead to equality.