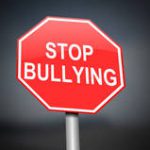 Etter claims that she experienced bullying at work, and that the governer created a hostile work environment. She alleges her reputation and career prospects have been tarnished, and is seeking damages and costs from the State Government.
A statement of claim to the Supreme Court includes examples of behaviour designed to bully her and undermine her position. Among the examples is her name being erased from a whiteboard of commissioners while she was still employed in September 2011.
Representation of the Government argued that Ms.Etter could not prove any of the individuals mentioned were acting with the authority of the State.
Ms. Etter maintains that the state had allowed a workplace that was impossible for her to do her job.
More info on Human Resources
Source: http://www.abc.net.au/news/2012-11-07/etter-outlines-damages-case/4358402?section=tas