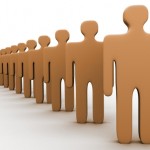 Workers of an Aurora employee have walked off the job after a fellow employee was fired upon making harassment claims.

The electrical worker complained that the supervisor inappropriately touched him, shot him in the head with toy gun, and poked him.  Aurora has confirmed that the worker has been sacked. The anonymous worker had already received a suspension on base pay for approximately five months when he made a claim with the Anti-Discrimination Commission.

Dino Ottavi, an advocate for the worker, stated that it was a shocking case of victimisation. He continued by stating that Aurora had avoided natural justice by firing the worker prior to the commission inquiry.

It is alleged that Aurora has paid out atleast $60,000 of the public’s money on legal defense. The discrimination claim was received much earlier than his suspension.

The worker has a family and is at risk of losing his house.

Aurora People and Culture general manager claimed that they had commissioned an external investigation which found that only one out of 17 harassment claims had any substance. The team leader was said to have been counselled on the outcomes of the investigation into harassment claims against him. Investigations into this Human Resources issue are continuing.