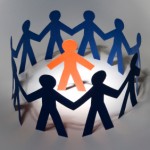 Safe Work Australia has made light of changes to its draft code on workplace bullying following complaints by both unions and employer groups that the code was not specific enough about what constitutes bullying.

SFA spokesperson Ingrid Kimber stated that 70 out of 331 submissions on broader OHS issues, were related to the draft bullying code.According to Kimber (in her remarks to SmartCompany), the body is considering having an expert in the field advise them on the matter.Depending on how drastic of the changes, it may be released once again for public comment.

The draft code on workplace bullying falls under the legislation of the OHS Harmonisation laws which have been approved federally in various states. Of course, Victoria, WA, Tasmania and SA did not legislate in time to meet the January 1 deadline.

According to the draft code,  workplace bullying is defined as “repeated, unreasonable behaviour directed towards a worker or group of workers that creates a risk to health and safety”

The following examples constitute as bullying:

The Australian Council of Trade Unions has however, stated that the code fails to address workplace bullying with the same level of specificity and seriousness as any other workplace hazard or risk.

The code, according to critics, must make it clear that the bullying it targets is a “pattern of behaviour”

The Australian Chamber of Commerce and Industry stated that there needs to be a clear difference between feeling aggrieved and what is systemic, inappropriate behaviour” since normal managerial conduct should be seen as bullying behaviour.