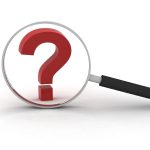 The ACT Greens stated that a survey has revealed extensive bullying allegations in both the public and private sector, and a lack of reporting by victims.

135 workers in the private and public sector participated in the online- survey.Three quarters of the participants claimed to have been bullied, and most of them allege that it occurred within the last twelve months.The survey also revealed that over half of all bullying incidents were left unreported.

85% of those who reported incidents claim to have been dissatisfied or very dissatisfied with the response.Majority of participants called for specialist bullying inspectors on behalf of WorkSafe ACT.

Spokesperson for the party, Amanda Bresnan says the survey signifies the need for greater victim support and prevention strategies. Bresnan stated that they are still committed to proposed legislation to deal with the problem of workplace bullying.

The legislation calls for the implementation of specialist positions and an expert advisory committee on the issue.