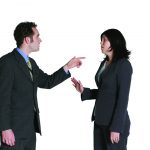 ACT Work Safety Commissioner Mark McCabe revealed that an investigation in to workplace bullying which was conducted at the Canberra Institute of Technology (CIT), is now completed.The investigation was launched as a result of several ideas submitted to WorkSafe ACT by various CIT employees regarding CIT measures for handling bullying and harassment situations.

McCabe said that the WorkSafe ACT investigation determined that the CIT had  breached the Territory’s health and safety legislation.

The investigation revealed that the CIT lacks an adequate prevention and response system for incidents of bullying and harassment in the workplace.

WorkSafe issued an Improvement Notice that compels the CIT to improve a number of aspects of its systems and procedures regarding bullying and harassment of staff. The CIT has six months to fulfill all the requirements in the notice in order to ensure that the organization has an efficient prevention and management system for this human resources issue.

The report regarding the bullying and harassment systems at CIT is called WORKSAFE ACT  INVESTIGATION INTO COMPLIANCE BY THE CANBERRA INSTITUTE OF TECHNOLOGY (CIT) WITH ITS DUTIES UNDER THE WORK SAFETY ACT 2008 AND THE WORK HEALTH AND SAFETY ACT 2011 IN RESPONSE TO ALLEGATIONS OF BULLYING AND HARASSMENT AT THE CIT . It can be accessed and downloaded in PDF format from WorkSafe’s website.