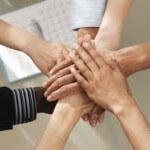 Senator Abetz is concerned that the Labor party  firstly states that they condemn bullying but then quietly state to the trade unions that they are willing to “pull the teeth of the ABCC”. Abetz believes that the Labor Party is sending a mixed message on the Human Resources  issue of bullying.

Legislation was introduced into parliament in November with aims to eliminate the Howard-government appointed ABCC.

Initially the body was established with the purpose of investigating and addressing corruption while also monitoring tactics in the building and construction sector.Abetz stated that the government is “speaking with a forked tongue”   since they accept that bullying is bad but then discuss removing a sector where bullying, thuggery, and intimidation , is monitored and investigated.

The ACTU and the Australian Manufacturing Workers Union have (according to The Australian) demanded strict countrywide rules on workplace bullying, since they believe an incident of indecent behaviour can result in health and safety risks.

Workplace Relations Minister Bill Shorten stated that any form of bullying is unacceptable and costs billions of dollars every year when one considers workers compensation and stress leave.

Shorten stated that he had seen the tragic result of letting work place bullying go unchecked. He is referring to the suicide of young woman who was employed within the restaurant industry.

Shorten stated that the government is dedicated to developing a code and a effectively stamping out  the Human Resources issue, workplace bullying.