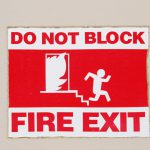 Residents are eager for the plant to be moved since a 2010 SafeWork SA assessment which claimed there was an ammonium nitrate explosion risk. The company stated that despite rumours of the contrary, the risk of explosion was significantly small and the company does not desire to move.  Greens MP Mark Parnell says the inquiry was informed that the company owuld move in the event that government assistance was offered.  Parnell however is concerned about the large sums of money needed to relocate a dangerous industry. He added that it is a possibility once the public can get a cost efficient price for the move.

Currently there is a conflict between the company and regulators. IP does not believe there is a risk and SafeWork maintains that there indeed is a danger.  Incitect’s COO James Whiteside believes the inquiry’s risk assessment was alarmist.

Whiteside stated that in order for an explosion to occur a complex combination of chemicals and other products are needed. That said, he believes that there is  a very small risk considering their security on the site.