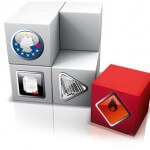 A mining company has received orders to clean up  the site of a derailed train in the Northern Territory. Approximately 1,200 tonnes of toxic mineral ore copper concentrate has washed up from the train and into a river during a flash flood.

WorkSafe has declared that the material is a health and environment concern. Oz Minerals has been granted until the end of the month to transport any remaining material to the South Australian border. Oz Minerals was granted special permission to transport the ore in tarpaulin covered wagons, despite the practice being currently prohibited.

WorkSafe has allegedly relaxed the rules in order to ensure that the copper concentrate is quickly taken to the border.  Concerns have arisen regarding the potential of wet season rain and storms washing the left over ore into the river.