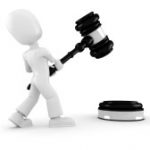 An injured individual New South Wales who sustained their injury at the beginning of October will fall within the new scheme. However those already accessing benefits won’t make the conversion until January.

NSW Shadow Treasurer Michael Daly has criticized the sudden changes because they do not allow enough time for injured workers to adjust to the new scheme.

Daley stated that workers who were injured, “through no fault of their own”, and unable to return to work; would not receive weekly benefits.In the coming days NSW Health Minister Jillian Skinner, will inspect the multi-million dollar Cancer centre located in Armidale.

The tender is expected to be announced before the end of the week. Richard Torbay of the National Tablelands, will accompany the minister.