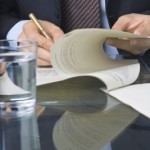 The Opposition for the Northern Territory claims that the NT WorkSafe is not properly equipped to police occupational health and safety legislation to meet a national agreement.The Opposition stated that the OHS Harmonisation had not yet been agreed by South Australia, WA, Victoria, or Tasmania, yet the Territory was rushing to meet the January, 2012 deadline.Shadow A.G John Elferink is concerned about unions granted ability of entry and civil prosecutions that could occur under the OHS Harmonisation laws. He stated that the laws do not protect the right to silence

However, he says that the organisation, WorkSafe, is not prepared for the job.Elferick stated on record his concern over the abilities of the Northern Territory’s WorkSafe because, as he stated, the organisation is in a “state of decay”.  Thus he is not confident in their abilities to effectively police the legislation.Business spokesperson for the Opposition, Dave Tollner, stated that NT WorkSafe does not have any concern for the well-being of business owners.

The Treasurer stated that anti-union criticism of OHS laws were wrong in the past, and the Liberals oppose the OHS Harmonisation laws because they have an aversion to unions.
Source :http://www.abc.net.au/news/2011-12-01/20111201-worksafe-nt/3707070?section=nt