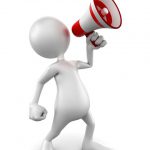 Victoria’s two worker’s accident compensation panels face a possible merger as the government attempts to reduce its deficit and fix its budget surplus.

Since the state’s finances are under heavy scrutiny, the government has inconspicuously asked the Essential Services Commission to conduct a thorough review of the WorkCover Authority and the Transport Accident Commission.

It is believed the review, which has yet to be publicly announced, is discussing combining the two entities, since both deal with accident prevention and compensation. The idea is that the merger could potentially save several millions of dollars.A spokesperson for Assistant Treasurer Gordon Rich-Phillips said that currently there was no concrete plans to merge the two authorities, however the government could not pre-empt what might  be concluded in the review.

These discussions come after the government’s plans to strip WorkCover of almost $500 million to help keep the budget from falling into deficit. Opposition finance spokesperson Robin Scott spoke on the possibility of a merger as  “fundamental threat  to the integrity of both organisations”

Maurice Blackburn senior Lawyer John Cain said that merging the two agencies might not be a possible since both entities are governed by separate legislation. Cain said that the risk of merging them is that the quality of both schemes will suffer.