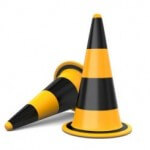 Western Australia’s Supreme Court has reduced a company and its directors’ fines by fifty-percent. The fines were in response to the death of a 22-year-old worker. Luke Murrie was an employee for D&G Hoists when he died as a result of a section of a crane fell upon him in October 2007. The company and its directors were found culpable in the charge of failing to uphold a safe workplace.

The company received a fine of $ 90,000 while the directors were each charged $45,000. Today a Supreme Court threw out the appeals against the convictions but decided that the fines should be reduced.

The company was subsequently ordered to pay a $70,000 fine while each director was ordered to pay $ 10,000. Despite the reduced fines, Janice ( Murrie’s mother) stated that she is pleased that the guilty verdicts were upheld. Janice stated that the case has taken a toll on the family with them focussing on his death, and the circumstances around his death for four years can make people angry and it can wear people out.