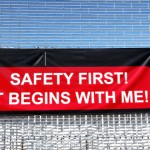 The Together public sector union  reports that the government is compelling 25 per cent of WorkCover Queensland’s staff to choose between redundancies or classification downgrades.

This issue has emerged soon after it was revealed that  MPs pocket an extra $57,000, thereby increasing their base pay to $194,000 annually.

Together secretary Alex Scott says ‘Once again this has been a rushed process with a lack of transparency,’

He called forcing workers to choose between lower wages and their job, an ‘outrageous attack’ on workers.

Adding fuel to the fire is the government’s refusal to overturn laws that dictates state MPs’ wages should match their federal counterparts.

Which has now resulted in a hefty pay rise.

The Industrial Relations Commission will hear the wage matter on Friday.