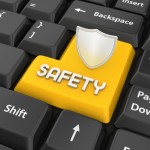 A tour guide who suffered a broken leg while helping a tourist, has won a workers compensation claim against her employer and insurer.

Adventure Tours Australia declined to pay Megan Elizabeth Woff compensation for the injury she sustained when she was struck by a snapped shackle of a 4WD tour bus which was towing a bogged car. The company reportedly refused to pay compo on the grounds that she was still a trainee at the time.

The company alleged that she was participating in a familiarisation tour – a prerequisite for  any potential employee.

But Ms Woff  brought the courts her claim that she was a “worker” under the Workers Rehabilitation and Compensation Act.

Magistrate John Lowndes said: “The breadth of the definition is immediately apparent – it covers a person who is performing work or service not only under a contract but also under an agreement.”

Tour group recruitment manager Steve Wright was unwavering in his feeling that she was simply taking part in a familiarisation tour and thus not an employee by the company at the time .

But Dr Lowndes said: “Mr Wright’s … justification for requiring Ms Woff to go on a familiarisation tour was implausible, illogical and lacked credibility.”

Lowndes was confident that an agreement had been made between Ms Woff and the tour company – rendering them liable for the injury.