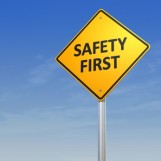 Police say a man trapped under half-a-tonne of wood in Mount Isa in north-west Queensland is lucky to be alive, far less unscathed.

The 22-year-old was working at a sewage treatment plant on Miles Street when the wood fall upon him trapping him. He was subsequently released and airlifted to Townsville Hospital where he was treated for internal injuries.

He is now in stable condition and is expected to be released shortly.

Inspector Trevor Kidd stated that WHS will be looking into the incident.

“Initially we considered the injuries possibly life threatening and handled the police response to that incident,” he said.

“We have specialists investigators to look at that sort of thing and they attended the scene and effectively we brief Workplace Health and Safety and the scene was secured for them.

“Initially it looked really quite serious but this gentleman was very lucky it appears at the end of the day that he’s not seriously injured.”

Police in Mount Isa say the site is not currently open to the public.