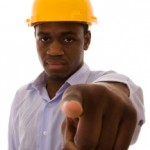 WorkSafe is currently investigating the death of a road worker who was struck by a street sweeper in Melbourne.

The worker was conducting road maintenance at a work site on Canterbury Road in Bayswater when he was run over by a reversing street sweeper. Despite attempts of another road worker to raise the alarm, the man had already died when paramedics arrived. The street sweeper  was taken a hold of by WorkSafe until they are finished investigating the occupational health and safety issue.

Worksafe spokesperson Michael Birt stated that this month is the busiest month of the year which is causing many workers to feel pressure to meet tight deadlines.

Birt emphasised that these accidents are not freak accidents but rather the result of routine jobs. Thus it is not a matter of luck or just “occupational hazards”/