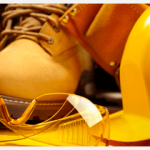 Approximately  33% of ACT workplaces that had  a safety inspection last financial year  passed – a  significant decrease on previous years’ outcomes.The dismal results have showcased  a policy difference between the government and its new cabinet partner, Greens MLA Shane Rattenbury, who wants the building industry put more money into training workers.

A third of inspected businesses complied with health and safety laws in 2011-12, compared with just under 55% per cent in 2009-10. The government’s objective was reportedly 80 per cent.ACT Work Safety Commissioner Mark McCabe said the trend was likely to reflect his inspectors’ focus on the construction industry, which has been tainted this year by a record high rate of   safety incidents and deaths.

Mr McCabe and former public service commissioner Lynelle Briggs will presumably report the findings of their inquiries into industry practicess within a week.WorkSafe ACT and its preceding agencies reportedly lost half of their inspectors over the past seven years, at a time Canberra was undergoing a construction boom.

”Poor compliance across industry is a deep concern for the government. My first priority will be to respond to the findings that Mark McCabe and Lynelle Briggs present in the coming weeks.”

Mr Corbell said the government hired five extra inspectors when it merged WorkCover with WorkSafe in 2010.”But I don’t think inspecting capacity on its own will solve this problem. We need to improve the culture of occupational health and safety in all workplaces,” he said.”We need to be sure that businesses don’t just see it as red tape, and instead treat their safety of their workers as a matter of real importance.”

The Greens attempted unsuccessfully to campaign for workplace safety funding during the last Assembly.The minor party went to last month’s ACT election pledging to increase a building industry levy from 0.2 per cent of the value of construction projects to 0.3 per cent, to raise more money to train apprentices.