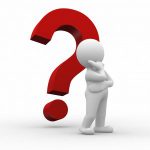 The ACTU congress has criticized the safety record of energy resource company BHP Billiton.  This condemnation comes after BHP’s company chairman Jac Nasser made disparaging comments regarding Australia’s labour laws. Nasser made comments eluding to the so-called inflexible regulations on labour laws, which he believes are the cause of “never ending” strife within the industry at BHP’s coal mines.

However, ACTU congress in Sydney passed a resolution indicating their support for the 4000 BHP mineworkers who have been involved in stand-off with the company for over a year over enterprise bargaining. ACTU believes BHP desires to weaken safety in Queensland, which ACTU believes lead to the deaths of 29 coal workers at the Pike River Coal mine in 2010.

The resolution passed by ACTU also criticizes the BHP for their lack of cooperation with the Construction, Forestry, Mining and Energy Union. Federal Workplace Relations Minister Bill Shorten addressed the ACTU conference and stated that the cause of industrial strife is simply BHP’s refusal of negotiating with staff. Shorten stated that since the company struggles to persuade its workforce of the need for change, then the problem must not simply be the law but also the method in which the case is being put forth and the involvement of the workforce in question.