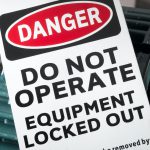 A close-call involving two aircrafts at Jabiru at the edge of Northern Territory has examplified the need for regularly checking radio equipment.

The Australia Transport Safety Bureau showcased the incident in October of last year in a bulletin released today.
The pilot of a passenger plane on a flight from Darwin didn’t notice that another plane was on the runway until right before their descent.
Both planes had to take quick evasive measures to avoid an accident.
Both pilots quickly used their radios the broadcast their position but the Safety Bureau revealed that one of the radios weren’t working because a switch was in the incorrect position.