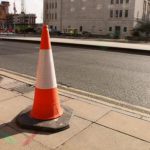 In excess of $5 million was paid to workers who suffered injuries at the hands of machinery or equipment in Brimbank workplaces in the last half of this decade.

Worksafe Victoria’s reports reveal that there were 274 injuries in the region  between June 2007 and June this year, adding up to appproximately $5.6 million in compensation to workers.

Brimbank  is currently ranked 13th in the state, only being surpassed by  neighbouring Wyndham, Hobsons Bay and Maribyrnong local government areas.

Greater Dandenong  is number one in this exclusive group,with a startling  780 injuries as well as claims that add up to over $20 million.

According to Worksafe health and safety operations manager Lisa Sturzenegger ,Victorian workers lost 450 body parts as a result of  machinery accidents in the past five years.

She attributed the $220 million medical bill to  the amputations, cuts, crushing and other injuries to nearly 11,000 workers  as well as the subsequent treatment, rehabilitation and financial assistance

In under five years, nearly $2 million in fines were charged to employers following WorkSafe prosecutions  that revolved around guard rail safety measures as well as a multitude of unsafe machinery cases .