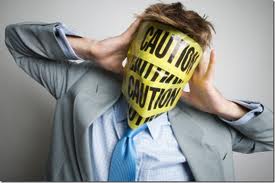 Two building industry inspectors have allegedly evidence after initially signing off on statements that accused a “militant” union official of head-butting one of them at a building site. Shortly after the alleged assault, both inspectors Mathew Keene and Shaun Hardwick signed off on “de-briefing” statements that alleged that Keene had been head-butted by John Setka, state secretary of the Construction, Forestry, Mining and Energy Union. The signed statements were then given to their employer, the Australian Building and Construction Commission. A committee hearing revealed that the police were originally informed by a senior building executive that Setka had allegedly head-butted the inspector. However, later signed statements alleged that another CFMEU official Matt Hudson, was responsible for the head-butt.

The hearing will make a decision on whether the unionist should stand trial. Keene has since admitted to destroying original notes from the case, while Hardwick stated that a vital digital recording he had had malfunctioned and erased.  Keen has denied any allegations that he had changed his story, stating that he had always stated that Hudson was the one had head-butted him. He recalled signing the de-briefing that cited Setka as the guilty party, yet he claims he told them it was Hudson.  Despite admitting to not witnessing the assault, Hardwick’s original statement states that Setka was the one responsible for the head –butting.

The  Federal  government is  currently aiming to abolish the Building and Construction Commission.