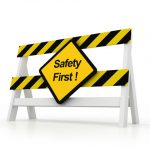 Australian employees are expected to take approximately one million sick days this holiday season, costing employers $350 million.Absenteeism will be especially high this season with data suggesting that 1,069,889 working days will be lost mainly because Christmas Eve and New Year’s Eve both fall Mondays.

This means that anyone who decides to fake sickness on December 24 will be subject to a five-day break. In addition, those who decide to avoid work on December 31 will get a four day break. Approximately 570,000 ‘sickies’ are expected on these two days.

Surveys conducted by PricewaterhouseCoopers, Morgan and Banks and Direct Health Solutions on workplace absenteeism, revealed that 67 per cent of workers admit to taking a sick day on a Monday.Reports indicate that employees who have become more privy since they are now 50 per cent more likely to ask for a certificate before or after a public holiday.

Many workplaces that stay open during the Christmas- New Year period suffer from higher levels of absenteeism.According to Paul Dunden, chief executive of Direct Health Solutions, service and production roles going full throttle during the Christmas period.”As a result these industries are at risk of high levels of absenteeism either side of public holidays over the festive season,” he said.

Retailers are  especially susceptible to absenteeism.

“Retail tends to increase shifts during the Christmas and Boxing Day sales period because it is the busiest shopping period in the year,” said Margy Osmond chief executive of the Australian National Retailers Association.