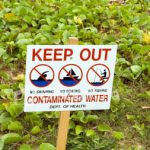 An assembly of cleaners in Mount Isa is seeking an explanation and recompense from the mining company Xstrata after they allegedly consumed contaminated water while at work.

Laurie Costa and two fellow workers suffered from a serious illness after they drank from a water cooler at the mining site. The water is said to have contained elevated levels of iron and microbial load, however no E.coli was detected during the initial tests. Costa says that the company has refused to compensate the group for lost income. She believes it “comes down to principle” and they should thus be compensated for time they were forced to take off to recover. The workers were required to take a month off of work where they  dealt with constant phone calls, and the dismissal of their Occupational Health and Safety concerns by others.

The workers are frustrated and disappointed with the company for refusing to accept responsibility or even apologize. The workers are discussing their options through WorkCover Queensland.