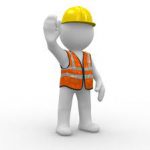 A teenager succumbed to severe head injuries that he received as a result of an excavator bucket that collapsed on his head.Emergency services were informed that the bucket came off an excavator and landed on the teen’s head in Edmondson Park.

He was admitted to Liverpool Hospital where he was said to be in critical condition. He suffered cardiac arrest and eventually passed away.WorkCover representatives made their way to the excavation site in order to commence an investigation.

Recently, a man in his 30s also died in Sydney at a housing demolition site.The accident involving the bucket occurred because the pin that was supposed to keep the bucket on the excavator was out of place.