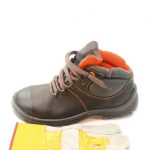 A 32-year-old man was killed when a steel gate pinned him between it and a vehicle. The industrial accident occured at Bayswater North  earlier last week.

A Victoria Police spokeswoman said the incident occurred just after 7pm at an automotive engineering factory in Clipsal Drive.

It is believed three men were working on a large steel gate at the factory when the heavy object suddenly fell from its track.

The gate then landed on one of the men and pinned him between the gate and a vehicle.

Emergency personnel were unable to revive the 32-year-old Croydon man.

WorkSafe Victoria also attended the site and will prepare a report for the coroner in conjunction with police.