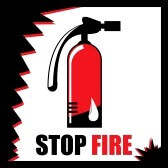 Both the ACT Fire Brigade and ACT Workcover had previously cited concerns with inadequate equipment and poor work safety practices by a Mitchell hazardous waste treatment company prior to last year’s explosive chemical fire, according to documents released through Freedom of Information

The aforementioned documents reveal that highly toxic nerve gas phosgene was detected in the fire’s smoke plume but emergency response crews were unable to test for a large exposure to chemicals.

Amidst the hundreds of pages of confidential government documents released, there are reports of “paint stripping off vehicles” and over 500,000 to 600,000 litres of highly flammable liquids stored in indoor tanks. Eight pallets of fire suppressant foam were ordered from Sydney in order to contain the blaze.

Government emails reveal that a senior ACT Fire Brigade officer cited concerns in 2006 regarding the company’s safety measures. The officer claims that they have attended several incidents at the company grounds throughout the years and when one considers the level of toxic substances present at the facility, concerns do arise.

The officer stated that the issue may be a dangerous goods issue or an occupational health and safety issue. He hopes that someone in these sectors can make a difference in the level of safety at the company. The officer has also complained that the company manager tends to bend the rules regarding safety.

The fire is said to have occurred in an oil separator unit that was left unattended or still running over for the weekend.