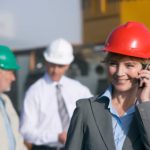 Concerns have arisen regarding the safety of workers at a recently established ASIO site in Canberra. These concerns have emerged after approximately 19 panels of glass cracked and crashed to the ground at the sites main entrance.

Workers were immediately vacated from the area when the danger became known however no injuries have occurred. The construction union said the responsibility lies with the builders to ensure that no future incidents occur.

The Construction,Forestry, Mining and Energy Union claims that it was not informed of the incident  for several days  and the secrecy and tight security surrounding the project have hindered the unions ability to protect the workers.

The secrecy and tight security at the site has only succeeding in hindering the unions abilities to protect the workers.

ACT secretary Dean Hall claims that the builder, Lend Lease was piggybacking on ASIO’s reputation to deny the union efficient access to the site. Hall says that they have issues because the builder has restricted the right of entry wherever possible, and they are hiding behind their client.

The Half-Billion dollar headquarters in Caberra came under serious scrutiny and controversy when a teenager was found unconscious for up to 36 hours after falling nine metres into the basement of the site.

A spokeswoman for the Department said the panels from the façade of the main entry “progressively failed” from approximately midday.  The panels remain unfixed to the building. Investigation into the Occupational Health and Safety incident continues but WorkSafe commissioner Mark McCabe has stated his satisfaction with how the incident was handled.