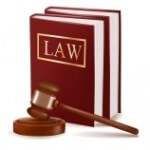 Safe Work Australia has responded to media reports that they’ve labeled “inaccurate and alarmist”. The media reports are regarding volunteers and the OHS Harmonisation or Work Health and Safety laws.Safe Work is concerned that the reports may discourage volunteers and future volunteers from undertaking work.Chair of Safe Work, Tom Phillips stated that the harmonised OHS laws would not apply to every type of volunteer activity or organisation.

Phillips stated that the laws only apply if the volunteer organisation also employs staff ( in conjunction with volunteers) to carry out work for the organisation. Phillips stated that this stipulation is not new since even the old legislation specifically applied to volunteer.Phillips continued, stating that the duty to ensure a safe workplace remains the primary responsibility of the employee, not the volunteer.

Pedicini claims that the harmonisation with result in a higher level of protection for volunteers wherever they decide to volunteer, which Pedicini states is a good thing for volunteers.

In related news, Ordained ministers will no longer be considered simply as “servants of God” according to the OHS harmonisation. Instead they will be known as “workers” who can thus be prosecuted for safety breaches in the church.

Naturally, the changes have alarmed some religious organisations because they also mean that many elderly church volunteers can now be prosecuted for safety breaches and subsequently face fines of up to $300,000 or five years imprisonment.