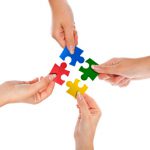 Traditionally workers in this industry avoided this tag since their work seemed to involve physical labour which kept them fit. However, a study by WorkSafe Victoria has revealed that things have drastically changed.

The study has revealed that 32 per cent of manufacturing workers are at a high risk of type-two diabetes. The sample of individuals involved in the study was of 40,919 volunteers. Subjects such as cholesterol, bloodpressure and lifestyle were analyzed. The study further revealed that 6.1 per cent of the manufacturing workers suffer from a high risk of heart disease. These figures contrast the 3.1 per cent of white collar workers who suffer the same risk. 25.2 percent of these individuals were also revealed to be smokers.

WorkHealth Ambassador Wayne Kayler-Thomson believes the turnaround is related to the constant changes in the manufacturing industry in which many jobs have become sedentary due to new technology.

White collar workers and their employers have taken steps to improve their health such as the adoption of healthier food options in their cafeterias, and the encouragement physical activity.